This post is going to be something a little more personal than I usually tend to share, but luckily I don't think more than a few people ever read my posts anyway so it's a good way to just put some thoughts and feelings down in writing for me.

Growing up, there were many times things were tense in our house, and many where I was afraid of my dad to the point where I spent a lot of time locked away in my room to avoid any run-ins with him.  But even with that being said, my dad wasn't always a scary guy and I have some great memories of times spent with him doing things that were fun together.  One of my best and favorite memories over the years though, were those hours we would spend together around the dining room table, putting together one of the many puzzles we worked on over the years.  We didn't always talk a lot while working on them, but I really cherished those moments where we would sit there putting something fun and challenging together.  I never lost that love of working on puzzles and daydreamed so many times about taking photos for puzzle companies, hoping that I could maybe do something one day that would help bring another kid that kind of happiness in doing something with their parent(s) and / or family.  I would look at puzzles in the store and just know that I could take photos at least as good as I saw on many of the boxes.  I even went as far as writing to a number of puzzle companies about 20 years ago, trying to find out how someone would even go about submitting photos for them.   Most companies never bothered to reply, and a few that did.....  said they already had enough photos, thank you very much.   I was severely disappointed, but every year or so, would find myself searching the internet for ways to see one of my photos on a puzzle.

It was hard to even find a company that would make a one-off puzzle that I could just have personally, for any kind of reasonable fee.  The companies that did offer something reasonable, only made puzzles of 50 or 100 pieces.  Nothing even close to what I'd hoped for.  So.... the dream kind of faded into the background but never went away.  Every time I would break out a new puzzle to work on ... I would find myself daydreaming about that again, and searching the internet again.

Then early this year (2016), I found an ad on a stock photo site, from a company looking for photos submissions for puzzles.  There was a VERY short window of time to submit photos for consideration, maybe 48-72 hours if I remember right, and I rushed home to look through my current photo collection to see what if anything I might have that fit what they were looking for.  I submitted a couple of photos but only one really sounded like it might have a shot, and then I waited.  If I'm being honest, I never expected to hear anything back, but I was happy to just have given it a shot if nothing else.  About a month later, I received an email from that company, asking me for a higher resolution of one of those photos, and a few other questions about the details of it.  That alone was exciting for me because it meant they might actually be interested in it, but I still didn't want to get my hopes up.

Then maybe two weeks after that email, I got notification that they had purchased the photo for publication.  I was so excited that they picked a photo and began to watch all the puzzle sites I could find to see if it actually made it out into the stores.  Months went by though, and I could never find it out there and after about 4 or 5 months, I started to think maybe it didn't make the cut after they ran it by whoever had the final say on what gets made into a puzzle.  Oh well, it was fun while it lasted.... and then about 10 days ago, just on a whim after a conversation with a good friend of mine about the status of the puzzle, I did another search.

I don't know if I can even put into words the feelings that rushed through me when suddenly, at the top of the search, there it was.  My puzzle, on the market, and real.  I think I was stunned at first, and then not sure I was seeing it right.... lol.   I pulled up the photo of the box, zoomed in, and sure enough... that was my shot!  Childhood memories, daydreams, thoughts of me dad, feelings from those nights working on puzzles with him.... all came flooding back through me.  They still do when I think about it if I'm being honest.  I know it's silly, and it's just a puzzle....  but for me it was so much more, even more than I thought it would be.

I do have to admit I got a little giddy, and posted the photo of the box on Facebook in all my excitement....  and it was amazing to see how many friends congratulated me.  I don't know how many actually understood what this puzzle meant to me....  maybe most didn't, but it was still nice that they forgave my excitement about it.  Heck, I was actually shocked how many wanted to buy one.  At that point in time, I had only found it for sale in one place in Australia, and they didn't ship to the United States.

A short while later though, another friend send me a message, excited to tell me that she'd found it for sale in England.  I ordered a few of them, some for friends asking me if I could get them one, and a couple for me. One to put together, and one to keep sealed and stored away.

If anyone somehow actually read this, and you are still here reading... please pretend I'm not a total goof if we ever talk about this post ....   and if by chance, you actually enjoy putting puzzles together as much as I do, and you would like to do me the huge honor of putting together a puzzle that has one of my photos on it.....  you can order one from the link below.  It's cheap, and shipping is free.  In fact, I think if you order using the link here, instead of going directly to the website, you get it for a small discount. 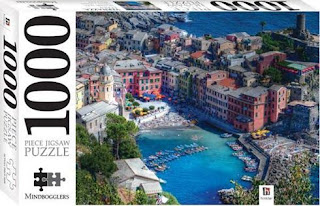