Day two in Berlin was mostly left open for us to do our own thing, as we weren't scheduled to do any reunion stuff until early evening.   There were a couple of early morning tours scheduled,  one being the underground tour I'd signed up for.... but being as I'm old and I'd signed up for things so far in advance, I'd totally forgotten I'd paid to go on that tour.   Instead, I did a little walking around town while the others went on the underground tour.... and just waited for them to get back and see what the plan for the rest of the day would be. 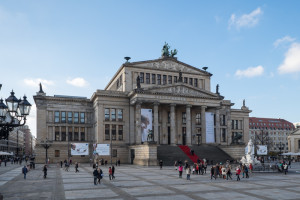 Since we had time to get in some more sight-seeing,  the three of us from the night before, along with our reunion photographer decided to head downtown and take one of the city bus tours, which would allow us to see as much as we could in the shortest period of time.... knowing we had to be back to the hotel in time for the social ... 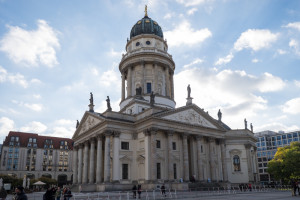 The bus took us around the city, stopping at a number of spots and letting you jump off the bus to take photos if you wanted. or to do some shopping and other things before jumping on the next bus that came along. 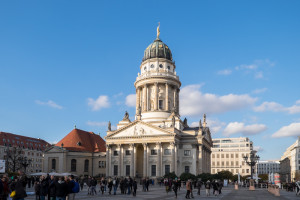 Since we were on a limited time schedule we just decided to stick with this bus and only jump off when the bus was going to sit for 10-15 minutes here and there.  Here are a few of the shots I got during the tour.

It was a very fun time on the bus ... we did a lot of talking and laughing during the tour, saw a lot of sights and got some history lessons along the way. 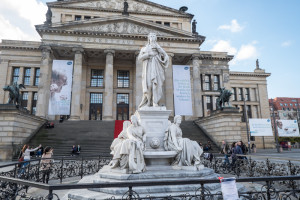 Once the tour was over, we decided to head back to the hotel and get ready for the get together that night....  the rest of the night was just spent catching up with old friends, having drinks, meeting new people and telling stories from our time in Berlin ... as kids... since many of us were there during different years.  It's always great hanging out with other Berlin Brats and always feels more like a family reunion than a school reunion to me. 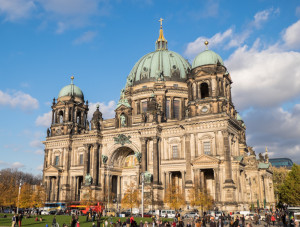 Tomorrow is the big day... the 25th Anniversary of the Fall of the Berlin Wall.  For most of us that lived there when the Wall was up, it was hard to imagine it would ever come down.....  now it's hard to believe it's already been gone 25 years.
Posted by James Miller at 2:00 PM