Some of you may have realized that things didn't go as planned on keeping this blog up on a day by day basis.  Turns out that one of the houses we stayed at had Wi-Fi, but the signal was so bad that only one person at a time could even connect to the internet with their phones and then when I tried, I couldn't get anything to work.  So the blog is going to be running tape-delayed :)
The 4th day started off with a long drive to Isle of Skye.  There was a private tour of the Talisker Distillery that had been set up and in order to get there in time for the tour, we had to skip a number of sites on the way there.  We were quickly learning that if Google Maps told you a drive would take 2 hours, it would actually turn out to be much closer to a 3 hour drive and we didn’t want to risk missing the prepaid tour.  The day turned out to be a nice day though and the drive to Skye was amazing with so much beautiful country to see on the way there.
The Distillery tour was very interesting and I learned there was a lot more that goes into making Whiskey than I thought and the process was fun to see in person.  Our guide was very good and very happy to answer all of our questions during the tour.  Here are a couple of shots from inside the distillery. 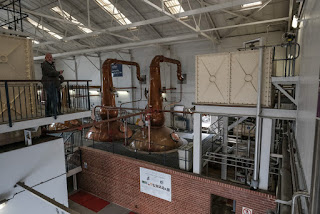 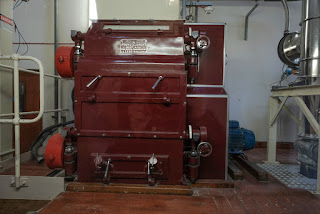 After leaving there we stopped at a very nice little restaurant and had a great lunch before heading on to see Dunvegan Castle.  The castle began its life in the 1200’s as a simple masonry wall surrounding a former Norse fort. Most of the current Dunvegan Castle was constructed in the mid-14th century by Malcolm MacLeod and has been home of the Clan MacLeod ever since. Dunvegan is famous for being the oldest continuously inhabited castle in Scotland.  If I remember right, the current resident is the 30th generation of the MacLeod Clan to inhabit it. 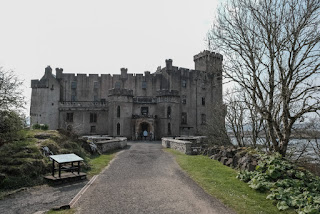 Sadly the day was so nice that the sky was so bright behind the castle I had a lot of trouble getting any good shots of it.  This might be one of the better I was able to get from outside.  One plus side of the bright day though, was the the rooms inside the castle were pretty bright and I could get some photos inside that weren't blurry. 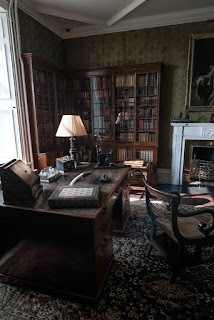 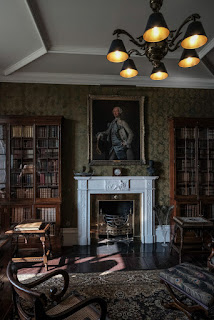 The day seemed to fly by and it was already getting dark by the time we left the Castle and got back to town.  The roads are extremely narrow and not lit at night so we didn’t want to be stuck far from the house after dark.  We decided to stop at a local pub and play some pool and darts to end the night.  We made plans to get up early and head out to one of the most famous lighthouses in Scotland if not the world.  It’s one of the locations I was most looking forward to seeing myself so I am excited to see it.
Posted by James Miller at 8:00 AM