The first stop of the day today the Distillery in a very nice little town called Oban.  This was the second Whisky tour of the trip but this one was actually a much more entertaining tour as the guy leading it could have seriously been doing stand-up comedy for a living.  He had us laughing hard more than a few times on the trip, but also knew his stuff and I learned a a few more things about the process than I had on the first Whisky tour.


After the tour we just walked around the town a little and ended up having lunch at the pier from a great food truck there.  It was a little cold out but fun to sit and watch the people while we ate.  Our parking spot had a two hour limit so we decided it was time to head out of town and back to the house. 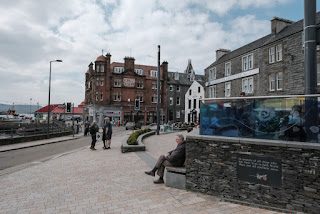 On the way back, we stopped at Dunstaffnage Castle and Chapel which was an old ruin that was very interesting to walk around explore.  I’ve actually been enjoying the ruins much more than the castles that are more like museums on this trip. 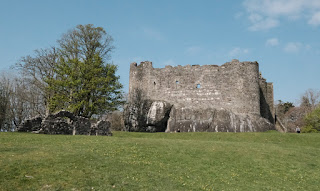 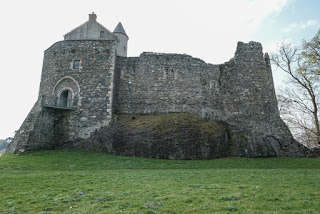 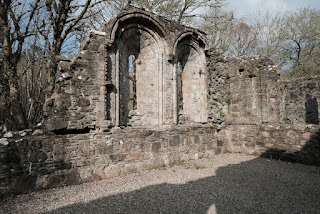 The house we rented for two nights in Taynuilt was really nice and maybe my favorite place to stay on the trip so far.  It is so very quiet here and the view from the upstairs is beautiful. The only downside to the place was that the staircase is very steep and narrow and getting the bags up to the third floor was an adventure. 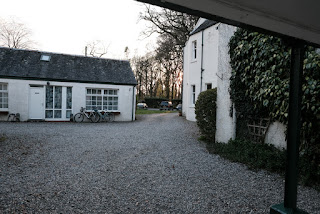 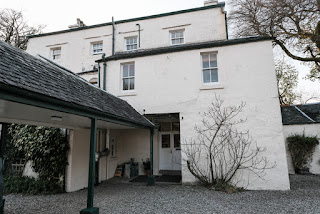 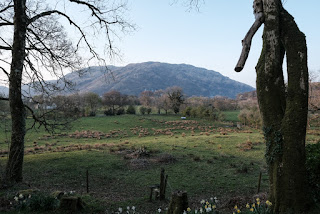 Tomorrow morning will be another early start, as we’ll be heading out for our final stop on the trip.
Posted by James Miller at 8:00 AM