Everyone was up early this morning so that we would have time to head to the fairy pools before leaving Skye for the mainland.  The road leading to the fairy pools was another very narrow winding road and took a little longer to drive than expected, but we got pretty lucky and got there early enough that there weren’t very many people there yet.  The pools were just a series of small waterfalls that dropped into deep crystal clear pools of water.  The photos just don’t do them justice, but here are a few from the morning. 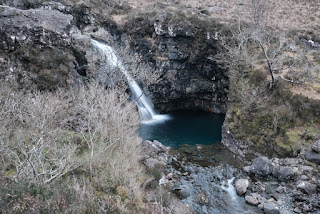 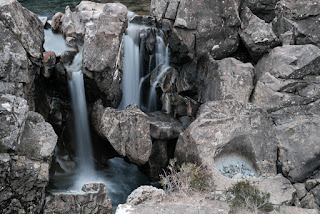 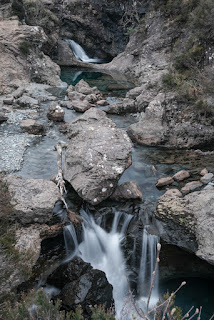 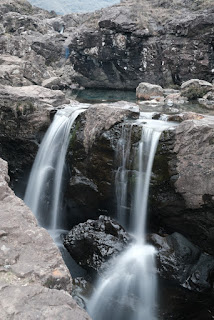 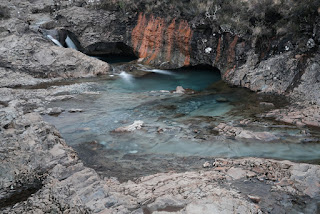 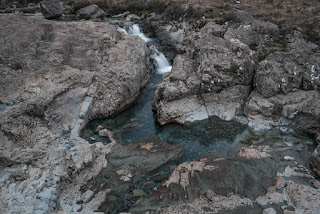 As I got to the last of the big pools I turned around and saw big groups of people walking down the path toward the pools so it was perfect timing to get out of there. Especially since almost every group I passed was walking out into the middle of the rocks at the falls and would have been in the way of any possible photo I took.


On the way to the next hotel we also stopped at a very cool castle called Eilean Donan which might have been one of the more picturesque castles we got to see on this trip.  The only problem was that the sun was almost directly overhead when we got there and made it so very hard to get really good photos of the castle.  Here are just a couple of quick shots and hopefully I might have a few more once I get home and get a chance to edit them a little bit. 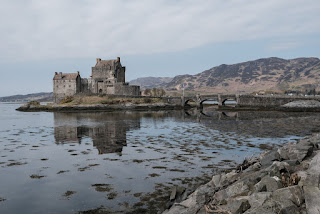 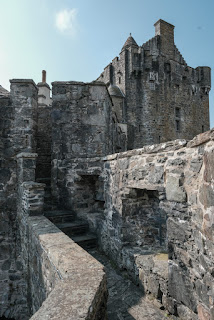 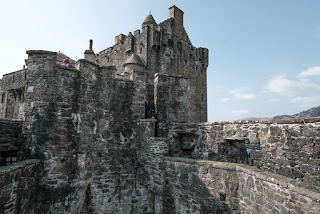 After spending a good hour touring the inside of the castle we went into the small café here to have some lunch and sat at a table that let me look out the window at this as I ate.  It was one of the best backdrops I've ever had while eating lunch.

We got back into the car and headed to the next house we were staying at.  The drive took us through the heart of Glencoe which was absolutely stunning, but no one wanted to stop along the way so I have no photos to share from there.  I think everyone is tired from a few of the long days we've had and wants an early night so we can just relax and have some dinner.  No idea what the plan is for tomorrow yet, but hopefully we'll get out to see something good.
Posted by James Miller at 8:00 AM