Edinburgh Castle was the only thing on the agenda for the day today other than some shopping for everyone else in the group.  It’s pretty amazing to just look at the castle from the distance and see the way it looms over the city, high on a steep cliff of bedrock.  It was a beautiful day out, but that made for tough conditions for photos, well, that and the fact that it’s Easter break for a lot of Europe right now so the crowds were pretty big everywhere in Edinburgh.  I think I saw more people on the Royal Mile than I did in all of the rest of the country the previous 8 days.


As great as the castle is, and as interesting as it was to explore, with it being as crowded as it was today, it was just hard to get to really see and read things the way I would have enjoyed to. Luckily I had been here before though so I didn’t mind skipping past a few things and just seeing some of the better sights here. 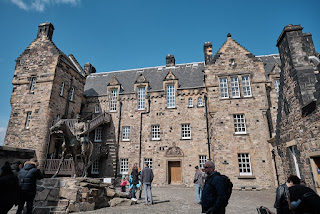 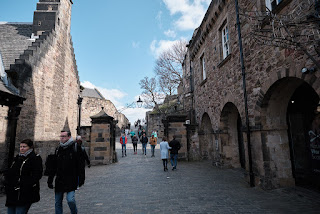 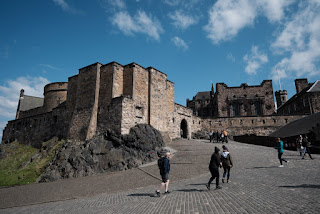 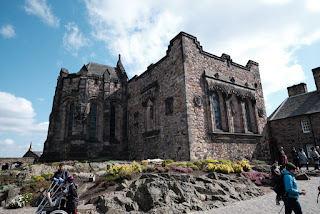 Once everyone had enough of the crowds, we headed back down the hill and did a little shopping and walking around.  Since shopping isn’t my thing, I mostly just people watched and browsed the stores until we headed back to the apartment and then out to dinner.


I finally broke down at dinner and had to have some Haggis… which I’d heard so many horror stories about, but I can honestly say not only didn’t it smell the way it had always been described to me, but it was actually delicious!  Now I’m kicking myself for not trying it earlier into the trip so I could have it a few times before heading home.  I’m really going to have to find a place to get some again before I leave Scotland.
Posted by James Miller at 8:00 AM