We safely got out of the harbor and made our way to our next landing of the day at Paulet Island. While we were underway, lunch was served and it felt really good to be back in the warmth of the ship. I even had a couple of cups of hot chocolate to help warm me up.

Paulet is a circular island, about 1.0 mile in diameter, lying 3 miles SE of Dundee  Island, off
the NE end of the Antarctic Peninsula. Paulet is the site of an enormous Adélie penguin
colony. Paulet consists of a distinct volcanic cone, 1,158 feet high.

In February 1903  a stone hut was built in  by shipwreck  survivors from the Swedish Antarctic
Expedition led by Otto Nordenskiöld, together with the grave of an expedition member, and the cairn
built on the highest point of the island to draw the attention of rescuers, thankfully this story
ended well with the rescue of the totality of the crew by the  Argentinean  Corbeta  Uruguay.  In
1972  this  hut  was  declared  Historic  Site  and Monument # 41 by the Antarctic Treaty System
(ATS).

This island has been identified as an Important Bird Area (IBA) because it supports a large
breeding colony of about 100,000 pairs of Adelié penguins.

Here are photos from the day, including a few that show just how many penguins there were here. They stretched on for as far as the eye could see. 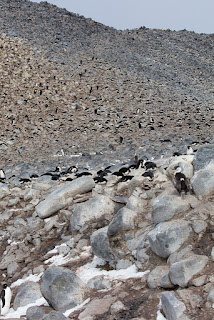 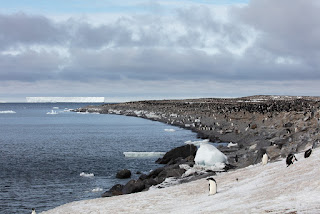 One funny story from the afternoon is that I was trapped on the beach for close to 20 minutes, I walked up on a group of penguins that were waiting to go into the water and stopped the 10 feet away as required and while I was there waiting for them to decide what to do, another group of penguins came out of the water directly behind me, and then they basically just stood around me preening and shaking the water off, and one even decided to lay down and take a bit of a nap.  Since I couldn't really move without breaking the rule on approaching them, I just took a knee on the beach and enjoyed watching them up close like that.  Other people seemed to get a kick out of me being stuck there as a few later told me they took photos of me trapped there.  LOL

Here is another collection of Penguin photos and a few Blue-Eyed Shags which also nested here and mixed in with the 100,000 penguins nicely. 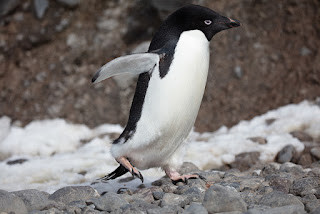 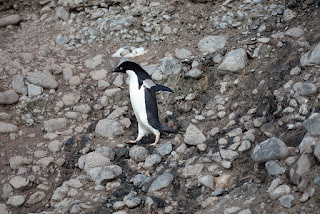 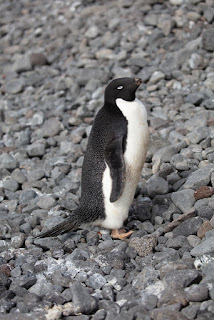 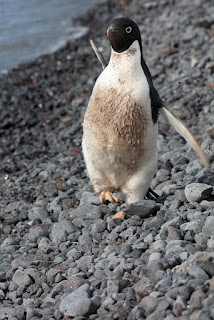 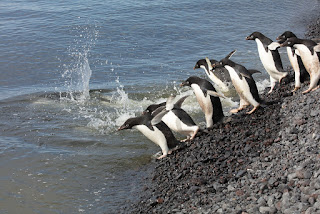 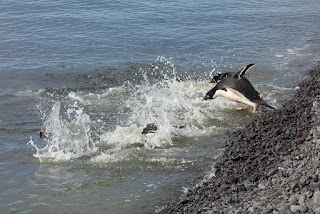 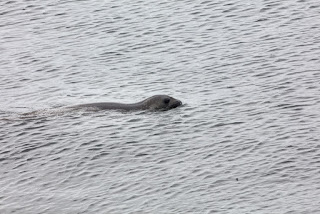 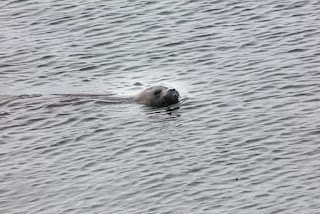 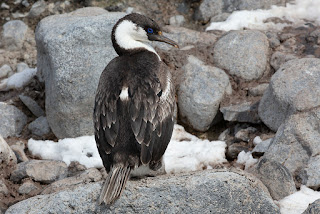 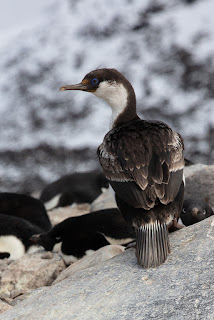 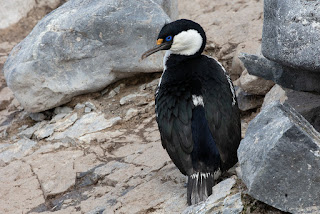 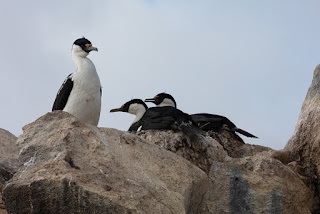 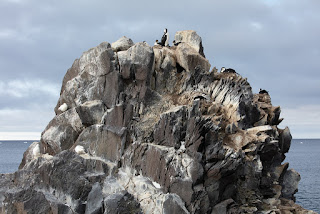 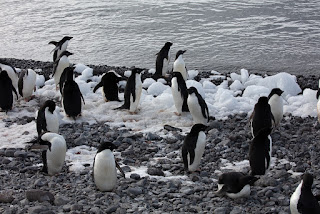 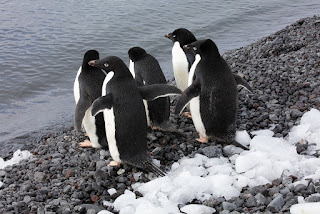 We stayed on the island and watched the Penguins for a couple of hours and then it was time to start to head back to the ship.  Dinner tonight was at 19:00.

At 20:30 Monika, the expedition leader, gave an introduction on the “History of Whaling in Antarctica” in preparation at tomorrow´s landing at Deception Island.  The weather tonight didn't look like it was going to break enough for there to be any kind of beautiful sunset so I decided i would do my best to get some good sleep tonight for the first time in a week.

Watching the ship pull into Deception Island tomorrow is supposed to be something to not miss, so I plan on being up early to set up the GoPro and film the whole thing is possible.