This morning's first landing was our official first Continental landing, in Neko Harbor.  Neko   Harbor   is   an   inlet   of   the   Antarctic Peninsula  on  Andvord  Bay,  situated  on  the west coast of Graham Land. Was discovered by Belgian  explorer  Adrien  de  Gerlache  during the  early  20th  century.  It  was  named  for  a Scottish   whaling   boat,   the   Neko,   which operated in the area between 1911 and 1924.

Above the bay there is a is very active, deeply cracked and tilted glacier that frequently fills the bay with ice and produces huge waves that can wash up onto the beach. There is also a Gentoo rookery on the steep slope above the landing site that may total 1000 pair at the peak of the season 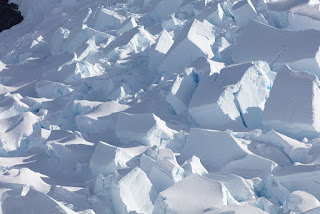 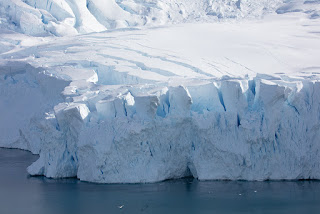 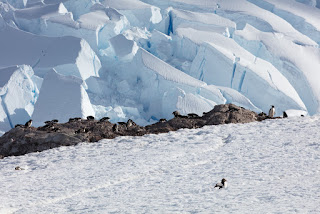 Up until now all of our landings have been on islands just off the Antarctica Peninsula so we've been in Antarctica, but today we officially stepped onto the Continent itself and and I stepped onto my 5th continent.  All I have left is Africa and Australia.

There were a lot of Penguins around and I took a lot of photos yet again. The biggest things that happened on this stop that are memorable, is I saw my first pair of mating Penguins. 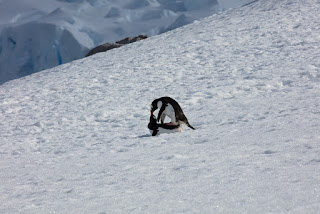 I saw and photographed a gull stealing a penguin egg to feast on. 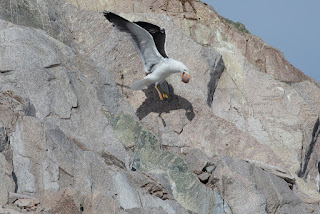 And there was a small avalanche across the bay from where we were all standing that put on a very cool show. I captured most of it in photos, and then was given an actual video clip that captured the whole thing as well.  Here are just a few of the images I shot of that. 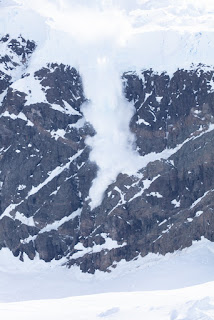 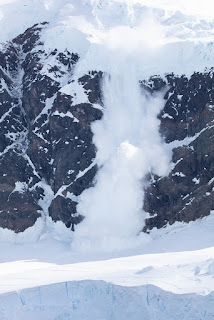 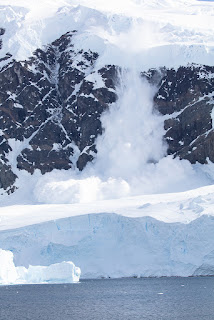 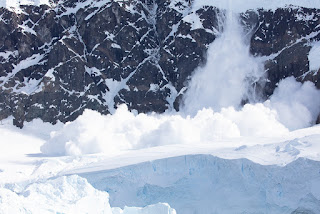 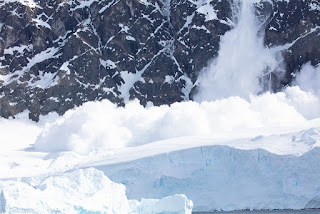 All in all, it was a very fun and memorable stop and fun way to start the day. After a couple of hours here though, it was time to get back on the ship.

The rest of the day was going to be spent watching the landscape, icebergs, and glaciers pass by as we speed up the Gerlache Strait and through the Errera Channel so we can round the top of the peninsula and make a landing on Brown Bluff tomorrow.  We are going to be visiting a colony of Adelie penguins that has over 100,000 mating pairs, and is a location that many people usually don't get to see as it's usually blocked in by ice. 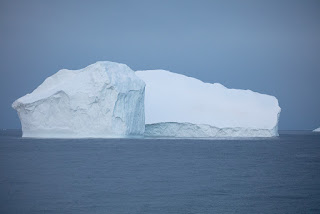 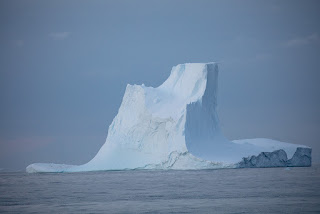 The views today were amazing, and the ride east was punctuated with some great whale sightings during the day, including my first real chance to watch a humpback whale breaching over and over again out in the bay.  I was actually lucky enough to get one really good shot of it as it breached as well, which was one of those photos I'd always hoped I'd get a chance to take! 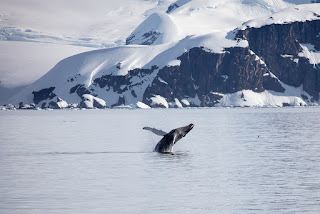 As the day and evening went on, we saw even more whales, some far away, others so close to the ship it felt like you could have just reached out to touch them if you were at water level.  Since most of the whale shots are just the backs of them coming out of the water a little, and not really all that exciting, I'll share more Penguin photos instead.  I mean, you can't really ever get enough cute penguin photos right?  :) 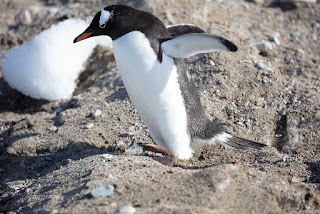 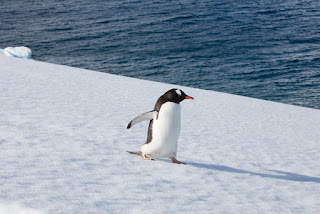 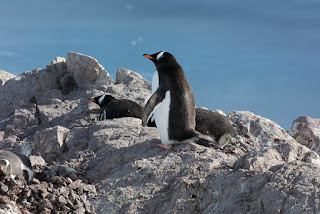 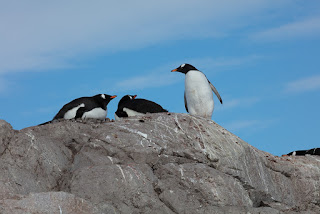 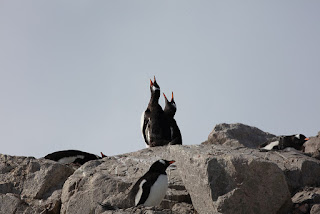 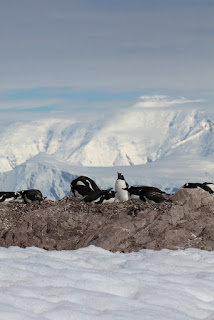 And just to finish off the days's photos... here is a photo of one of the many "Penguin Highways" in use: 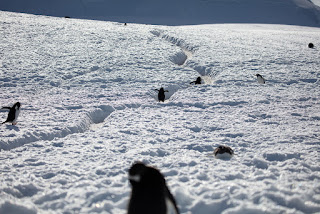 And yes, I know this isn't a penguin, but this seal looked right in the camera so I just know he was hoping for a showing on the internet as well.  :) 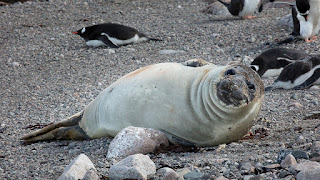